Head of the station: Dr.S. Ramakrishnan 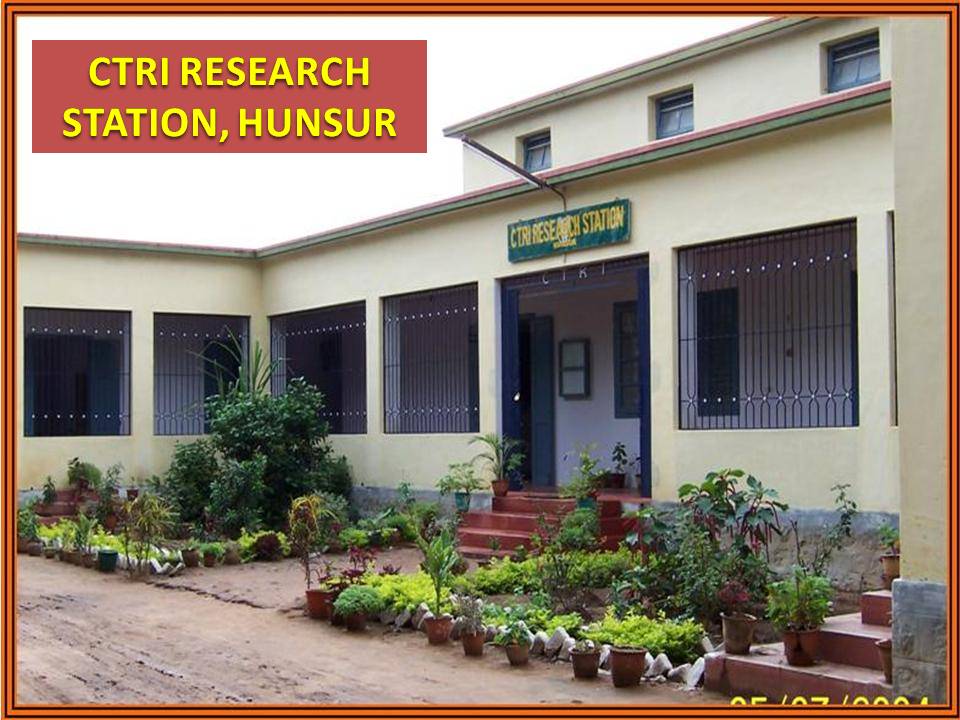 The research station was established in 1957 under the second five year plan with Plant Pathology and Agronomy disciplines keeping an objective of finding remedial measures to control diseases. In order to conduct research in other fronts, Plant Breeding, Nematology and Genetics disciplines were added during 1975, 1976 and 1978 respectively. Initially during the establishment, 30 acres of land was available and in 1982 an additional area of 148 acres was acquired to fulfil the need.

1. To conduct research on all phases of production management of flue cured virginia tobacco of Karnataka.

2. To collect tobacco germplasm and to maintain and operate tobacco genetic resources.

3. To produce and distribute quality seeds of FCV tobacco varieties released from the Institute to Karnataka farmers.

4. To publish and disseminate research findings and recommendations of latest technology to the tobacco growers